The 2020 Tokyo Olympics are well underway and have so far a huge success for the athletes (although Tokyo locals may not be as happy about the rising COVID-19 cases and massive increase in debt).

Storylines have been formed in almost every sport, and Americans such as Suni Lee in gymnastics and Caleb Dressel in swimming have made names for themselves in the media with gold medal wins. However, there have been new and arguably more important discussions surrounding the Olympics; discussions about mental health. In recent years, athletes’ mental health has been a big topic, especially in American leagues such as the NBA and NFL. But mental health hasn’t always been an openly talked about topic. In fact, it wasn’t long ago that what was going on inside athletes’ heads was regarded as taboo. They were told to toughen up. To suck it up. To focus on the competition in the present.

But, society has evolved and with that, came a better understanding of what athletes go through mentally. The grind, competition, and media attention athletes go through can take a toll on them and can even affect their own relationships with others. Numerous competitors at this year’s Olympics have spoken about their own struggles. Naomi Osaka, the #2 ranked women’s tennis player withdrew and didn’t attend the last two Grand Slam Majors (there are only 4 each year) due to being overwhelmed by the spotlight and pressure she felt from the world around her and not being able to spend time with loved ones. Even after reportedly feeling better for the Olympics, she still stated after her third-round exit that the Olympic scene was just as overwhelming.

Another American, Sha’carri Richardson, was heavily ostracized for being suspended for certain races in the Olympics due to testing positive for marijuana, one of the Olympics’ prohibited substances. However, Richardson used these substances to cope with the pain of losing her birth mother. Even Simone Biles, a highly accomplished gold medalist gymnast, made the tough decision to withdraw from some of her gymnastic events due to not being in the correct headspace to compete. She later spoke after the events publicly stating that on top of her being overwhelmed by the Olympic scene, she was taken aback by the sudden death of her grandmother and realized she just wasn’t in the right state of mind to compete for medals at that point. Another prominent Olympian who discussed mental health wasn’t a competitor, but rather someone on the broadcast. Michael Phelps, the winner of a record-breaking 23 gold medals and widely considered the most accomplished swimmer of all time, spoke on broadcast about his own struggles after the 2012 Rio Olympics. 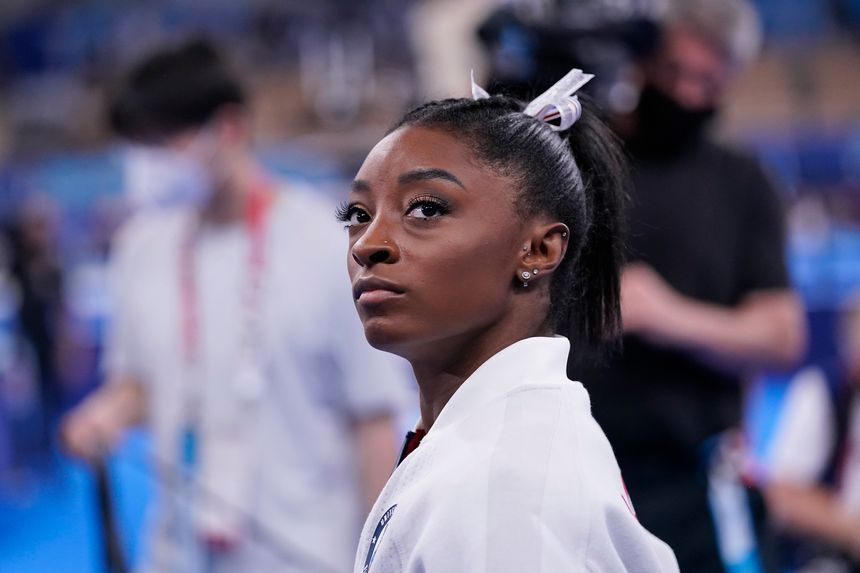 Even an esteemed Olympian like Phelps himself battled depression and suicidal thoughts at points in his swimming career. These three athletes are just a few examples of the struggle all athletes face. As it was mentioned earlier, mental health struggles aren’t just found in the Olympic games. NBA Players such as Kevin Love of the Cleveland Cavaliers, Demar DeRozan of the Chicago Bulls and NFL players such as Adam Thielen of the Minnesota Vikings have all spoken out about the mental struggles of playing their sports. The battle against mental health is universal and it isn’t even limited to athletes who can appear to live on a peak but may struggle within.